This one-day workshop will begin with a discussion of the principles of standards-based, thematic, learner-centered instruction in Chinese. It will include experiential language learning demonstrations, as well as specific foci on comprehensible input via authentic video, story-telling, incorporating maximal use of student output, task-based grammar and vocabulary learning, building towards voluntary free reading, and encouraging personal expression in writing. The workshop will conclude with a discussion of backward design and curriculum development, as well as performance-based assessment. Participants will come away with an understanding of 21st century learning, as well as many useful suggestions on how to energize their classrooms. 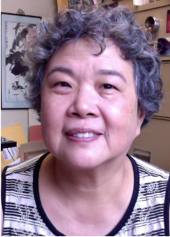 Cynthia Ning 任友梅is Associate Director of the University of Hawai’i at Mānoa’s Center for Chinese Studies, US director of its Confucius Institute. Cynthia Ning holds a PhD in Chinese literature from the U of Michigan in Ann Arbor, Michigan, and is author of the innovative textbooks Encounters: Chinese Language & Culture Books 1-4 (Yale University Press, 2011, 2012 and 2015; co-published beginning in 2013 as 环球汉语by the China International Publishing Group), Exploring in Chinese (Yale 2008) and Communicating in Chinese (Yale 1993). Encounters was developed under the sponsorship of Yale University Press and the China International Publishing Group, and the latter two produced with the support of multi-year grants from the US Department of Education.
Ning teaches or has taught regular and experimental first-through fourth-year Chinese language courses, a Chinese film course, and an interdisciplinary course on China at the University of Hawai‘i. She has been president and executive director of the US-based Chinese Language Teachers Association (CLTA) for over a decade. She was also president of the Chinese Language Education Association of Hawaii, as well as of the Hawaii Association of Language Teachers. She frequently presents or conducts workshops both nationally and internationally on standards- and task-based language education, and the combination of 21st century skills with language learning.