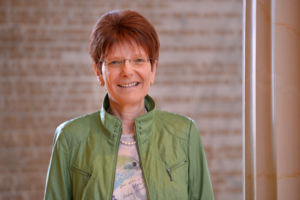 Hiltraud Casper-Hehne (b. 1957) has been a Vice-President of the University of Göttingen since 2009. She obtained her doctorate in Braunschweig and worked as Lektor for the German Academic Exchange Service in Shanghai (China). After holding a range of teaching engagements at the TU Braunschweig she headed its “German as a Foreign Language” division. In 2004, Hiltraud Casper-Hehne was appointed to a professorship at the Faculty of Humanities at the University of Göttingen. In the field of Intercultural German Studies, Prof. Casper-Hehne has initiated a variety of research projects associated with the Eastern European and Asian region. She is Founding Director of the German-Sino Institute for Intercultural German Studies and Cultural Comparison and has been appointed Göttingen University’s Representative for China.