Gao Ziwen: associate professor at Nanjing University, head of the Department of Theater, Film, and TV Arts, and deputy dean of the School of Liberal Arts. He received a bachelor’s degree in Chinese Language and Literature and earned his M.A. and Ph.D. degrees in Theater and Traditional Chinese Drama Studies from Nanjing University. In 2011, he was a visiting scholar at Columbia University. In 2013, he participated in the artist-in-residence program in Austria. He currently acts as the executive editor of Stage and Screen Review. In 2019, he was awarded the Fund for Outstanding Young Scholars in Social Sciences in Jiangsu province. He was selected by the Jiangsu Province “Qinglan Initiative” as one of the young and mid-aged academic leaders in 2021. His research interests include theatrical theories and theater criticism. He has completed, as Principle Investigator, several research projects in social sciences at national and provincial levels. He was granted the Young Teacher Award of the Fok Yingdong Education Foundation. He wrote a monograph Wenming de nizi: Meiguo xiandai xiju de zhongguo xushu and translated American Avant–Garde Theatre: A History into Chinese. He has published over 30 papers which can be seen in Literature and Art Studies, The Journal of National Taiwan Normal University, and Theater Arts, etc. He also authored stage plays, including Day and Night Here, Pollution and Purification, and Hometown.

We are honored to invite Assoc. Prof. Dr. Gao Ziwen of the Department of Theater, Film, and TV Arts of Nanjing University as our first guest speaker for the “Contemporary Theater Art” Seminar Series in the Year 2022. He will deliver a talk on “Play and Performance of Hometown: College Theater Production.” Hometown is a three-act comedy written by Dr. Gao. The author demonstrates his respect for Lu Xun to mark the 100th anniversary of Lu’s publication of the novelette of the same name. The play tells the social life in rural China while experiencing dramatic changes. It demonstrates snobbish or friendly relationships in the countryside as well. It depicts the mental distress of peasants in the hometown and educated young people who have made their exodus to cities. It presents the tension between people’s “being adaptable” and “being rigid.” The whole thrust of the drama is full of humor and irony. Meanwhile, it makes the audiences reflect on China’s rural economic and social development. Their department is housed in the Faculty of Literature. It offers one of the most influential and leading undergraduate and graduate programs in drama or theater studies at the C9 League universities in China. They produced the historical comedy President’s Invitation in 2012. The director was Prof. Lü Xiaoping, and the play was authored by Lü’s student Wen Fangyi whom The Journal of Ying Ming Theater  (Vol. 7) interviewed. The cast consisted of the students and teachers from Communication University of China (Nanjing) and the MFA students from Nanjing University. This drama has grossed ¥10 million at the box office. It went on tour in North America in 2013. The New York Times  (Chinese Edition) published an analytical article on the reasons for the success of this production and the phenomenon of returning to dramatic texts in the current Chinese theater landscape. 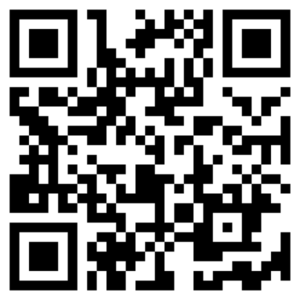