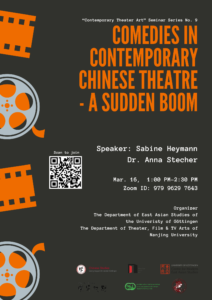 Chinese theatre is not famous for comedies. As far as we know, up to now no Western book has been explicitly dedicated to this topic. However, comedies are among the most watched and discussed plays in contemporary Chinese theatre of recent years – and someone might even argue, that in present time comedy has become the most serious theatrical expression on the Chinese stage. Entangled with the commercialization of theatre, new cultural structures and the changing of urban audiences, the question is: How is this phenomenon to be understood? As a sudden boom influenced by narrative conventions of Western cinema? As a special expression of a millennial tradition of entertainment – and critique? It has to be said: comedies as an own genre didn’t really exist within the Chinese theatre tradition. On the other hand:  elements of comedy have always been an important piece of the big xiqu tragedies.

While Chinese audiences are familiar with actors and plays, academic research does not appear to be interested in contemporary comedies, not to mention possible readers and audiences outside China, which have hardly heard of them. This was the reason for Anna Stecher and her colleague Xu Jian in Beijing to plan a book project focusing on contemporary Chinese comedies. It presents some of the most popular recent plays, written by Nick Yu, Wen Fangyi, Huang Weiruo, Lin Weiran, Guo Shixing and Li Jing. It also aims to propose different approaches towards Chinese theatre – every play in translation is introduced by an expert from the fields of Chinese studies or Theatre studies. In addition, it intends to contextualize the recent phenomenon of comedies within different fields, such as the social reality in contemporary China and the history of comedy in China and to discuss questions like: Which topics are contemporary Chinese comedians interested in? How can this phenomenon be understood in the context of 20th and 21st century in China? How can these comedies be understood in Europe? Last but not least, it aims at exploring comedy as a text for intercultural communication. When watching theatrical comedy performances on stage or on tape you think: what the heck is so funny about them? Questions like these are discussion topics of the the book – and some more will be addressed in the “Contemporary Theater Art” Seminar Series. 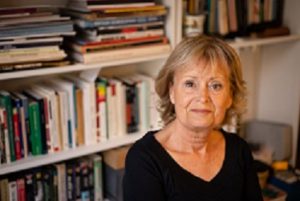 Sabine Heymann – the managing director of the ZMI (Interdisciplinary Research Center for Media and Interactivity) at the University of Giessen from the foundation in 2001 until 2017, theatre critic and journalist, translator of theatre texts, fiction and non-fiction books, as well as an expert on the theatre scenes in Italy and China. Already during her studies of German and Romance studies at the University of Giessen she had been working as a cultural journalist and theatre critic for the German newspaper Frankfurter Rundschau and the German public-service television and radio broadcaster Hessischer Rundfunk. From 1981 to 1994 she was a cultural correspondent in Rome, where she worked for several important German newspapers, the prestigious theatre review Theater heute and radio stations. Various lectureships brought her to the Freie Universität Berlin, to the Universities of Mainz and Frankfurt am Main, as well as to the Institute for Applied Theatre Studies at the University of Giessen, where she gave lectures about the subject of “Post-dramatic Theatre in Italy”. In 1994 she became curator of supporting programs at the Art and Exhibition Hall of the Federal Republic of Germany in Bonn. She returned to the University of Giessen in 1996 and became the personal assistant of the President of the University of Giessen. She started working on Chinese theatre with the moderation of the Workshop “One table two chairs” at the Haus der Kulturen der Welt (Berlin) in 2000, followed by several journeys and work stays in different parts of China. In 2009 she published a report about the theatre scene in Shanghai in Theater heute. She took part on several European-Chinese culture dialogues, conferences and workshops of Goethe Institut and EUNIC as well as within the cooperation between ZMI and Shanghai Theatre Academy. In 2011 she curated the third German-Chinese Theatre Forum in Chongqing (Goethe Institut). She gave lectures and took part on scientific round-tables in Shanghai, Hamburg, Munich, Salzburg, Weimar, Hellerau, Frankfurt etc. and in 2015 she moderated the panel about New German Musiktheater inside the international conference “Turning Point of the Theatre” (Shanghai). Her book “Contemporary theatre in China” (Alexander Verlag, Berlin, published in 2017 together with Cao Kefei and Christoph Lepschy) immediately became a reference work on the subject in Germany. At present, she is concerned by translations, publishing of scientific essays, teaching at different universities. 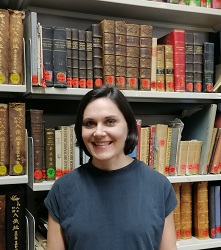 Dr. Anna Stecher is an assistant professor at the Institute of Sinology at Ludwig-Maximilians- Universität (LMU) Munich. She studied Oriental History at the University of Bologna and Modern Chinese Literature at Beijing Normal University (MA and PhD). She also holds a PhD (Dr. phil)  in Theatre Studies from LMU. Her main research interests are Chinese theatre and modern Chinese literature. She is the author of a book-length study on Lin Zhaohua, China’s most influent theatre director of the late 20th and early 21st century (Im Dialog mit dem chinesischen Schauspieljahrhundert. Studien zum Theater von Lin Zhaohua), co-editor of a volume with contemporary Chinese plays (Chinas Schauspiel. Nah am Nerv. Sechs Stückübersetzungen), and co-translator of a collection of sanqu-songs from Yuan China (Lieddichtungen aus der Yuan-Zeit). Her publications further include a number of literary translations from Chinese. 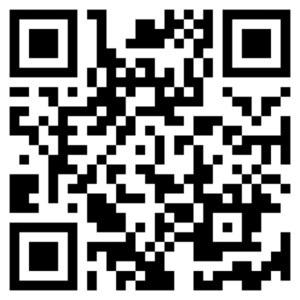