Originally a divination manual, the Yijing 易經 (Book of Changes) is a composite text consisting of three distinct layers. Its first layer is comprised by the 8 trigrams and 64 hexagrams allegedly created by the mythical figure, Fu Xi. Its second layer are the hexagram statements and line statements allegedly written by King Wen and the Duke of Zhou during the 11th century BCE. Its third layer incorporates seven pieces of writings composed from 5th to 2nd century BCE. Divided into ten segments (hence, the name “Ten Wings”), the authors of these writings used the hexagrams to discuss cosmic patterns, the relations between humanity and nature, and the complexity of human life. By 125 BCE, these three textual layers were combined to form what we now call the Yijing.

Despite separate by hundreds of years, these three layers of the Yijing were traditionally considered as mutually reinforcing in illuminating the meanings of the classic. Yet, over the centuries, Chinese scholars disagreed on the sequence of reading.  Some read the text chronologically, focusing on the visual images as the foundation of other parts. Others read the text historically, focused on the writings of King Wen and the Duke of Zhou to connect the hexagrams to the founding of the Zhou Dynasty. Yet others read the text retrospectively, focusing on the Ten Wings as the philosophical summation of the entire classic. In this talk, Prof. Hon will compare different commentarial traditions that interpreted the Yijing for different audiences 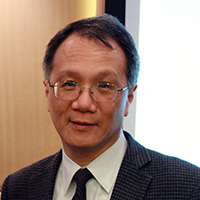 Tze-ki Hon received a Bachelor’s Degree in History and Political Science from the University of Hong Kong, a Master’s Degree in Asian Studies from the University of Michigan, and a PhD in History from the University of Chicago. For twenty-five years, he taught history and Western Humanities in the United States, first at Hanover College in Indiana and then at State University of New York at Geneseo. In Geneseo, he won both the SUNY Chancellor’s Award for Excellence in Teaching (2002) and the SUNY Chancellor’s Award for Excellence in Scholarship and Creative Activities (2011). Specializing in classical studies and intellectual history, he wrote four books and co-edited four collections of essays, covering a wide range of topics including the commentaries of the Yijing (Book of Changes), Neo-Confucianism of the Song-Ming period, the social and intellectual history of modern China, and the global order after WWI. During the last decade, he was appointed Visiting Research Fellow at Leiden University in Holland (2006-2007) and at Erlangen-Nuremburg University in Germany (2013-2014) to conduct research on Chinese divination and the intellectual debates in contemporary China. His current research projects include the philosophy of divination of Zhu Xi (1130-1200), the modernity discourse in late Qing and Republican China, the transformation of the Yijing into the I Ching in the 1960s United States, and the rise of contemporary Confucianism since 1979.