Collaboration and Crossing Borders in Art 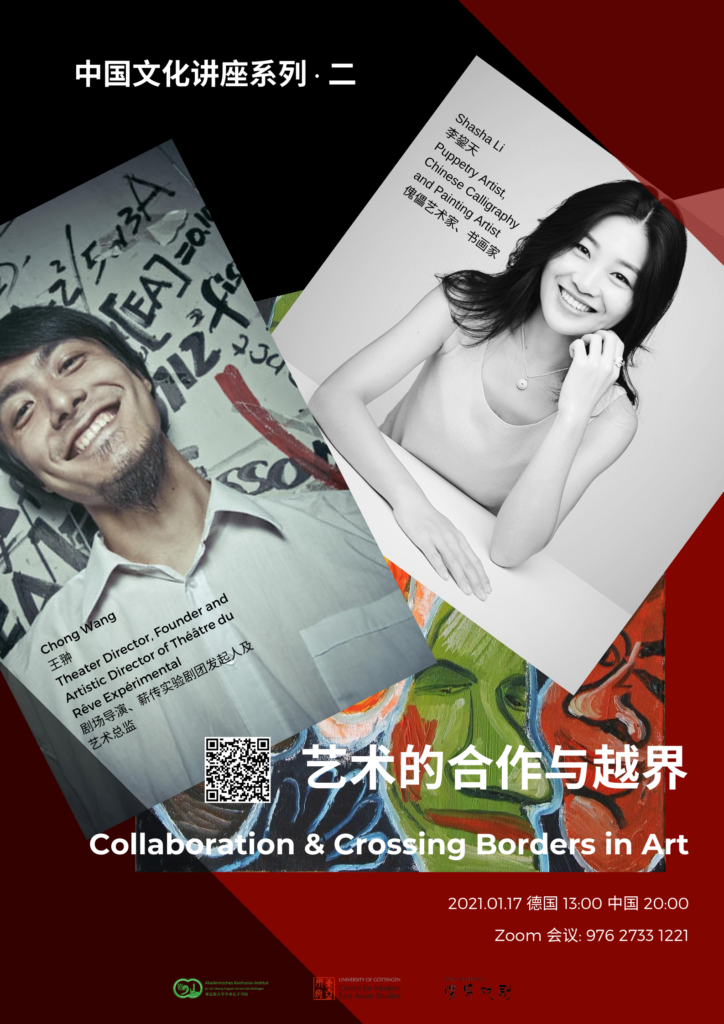 Chong Wang 王翀 is one of China’s most influential post-80s theater director. His works have been performed in 17 countries. The Warfare  of  Landmine 2.0 《地雷战2.0》 won 2013 Festival/Tokyo Award. Lu Xun 《大先生》 was noted by the Beijing News as The Best Chinese Production of Year 2016. In April 2020, his online production of Waiting for Godot 《等待戈多》attracted tens of  thousands audience, breaking the record of single performance attendance in Chinese theater.

Shasha Li 李鋆天 is a puppetry artist. She has been recognized with the “Best Performance” awards at the 2nd and 4th Golden Lion National Puppet Art Festival in 2008 and 2012. She won the award “Best Performance” at the 2nd Omsk Arlekin International Puppet Art Festival in Russia. She received a Rockefeller Foundation Asian Cultural Council Scholarship in 2013 and spent a year as an artist-in-residence in New York. She is also a Chinese calligraphy and painting artist.